BOISE – Idaho Gov. Brad Little has recognized this week as an opportunity to raise awareness about Idaho crime victims, committing to protecting their rights and honoring the individuals and groups who work with crime victims across the state.

Victims, victim advocates like Marsy’s Law for Idaho and organizations across the state, are taking part in events to raise awareness and make the case that victims need and deserve the right to protection, a strong voice in our justice system and the ability to enforce those rights.  National Crime Victims’ Rights Week 2019 runs from April 7-13.

“The State of Idaho is dedicated to supporting and strengthening victims and survivors in the aftermath of a crime, building resilience in our communities and our victim responders, and working for justice for all victims and survivors,” according to the proclamation signed by Gov. Little.

On Monday, the Zions Bank and U.S. Bank buildings in downtown Boise will be illuminated in purple, the color associated with victims’ rights awareness and advocacy. The buildings, the tallest in the state, will be lit in purple throughout the week.

On April 10, the Nampa Family Justice Center is hosting a conference focused on protecting children in our community. On April 13, Advocates Against Violence is sponsoring an “Evening of Awareness” featuring a candlelight vigil at the Indian Creek Plaza in downtown Caldwell.

Marsy’s Law for Idaho is a proposed constitutional amendment that would provide victims with more protection, a stronger voice and the legal standing to enforce those rights.

The initiative has earned the endorsement of law enforcement, including the Idaho Sheriff’s Association, the Idaho Fraternal Order of Police and the Idaho Prosecuting Attorneys Association. It has the support of the Professional Firefighters of Idaho, the Idaho Victim Witness Association and victim organizations throughout the state, including FACES of Hope in Boise and Building Hope Today in Idaho Falls.

In the Idaho Legislature earlier this year, Marsy’s Law for Idaho fell one vote short of the two-thirds majority required to pass out of the Senate. 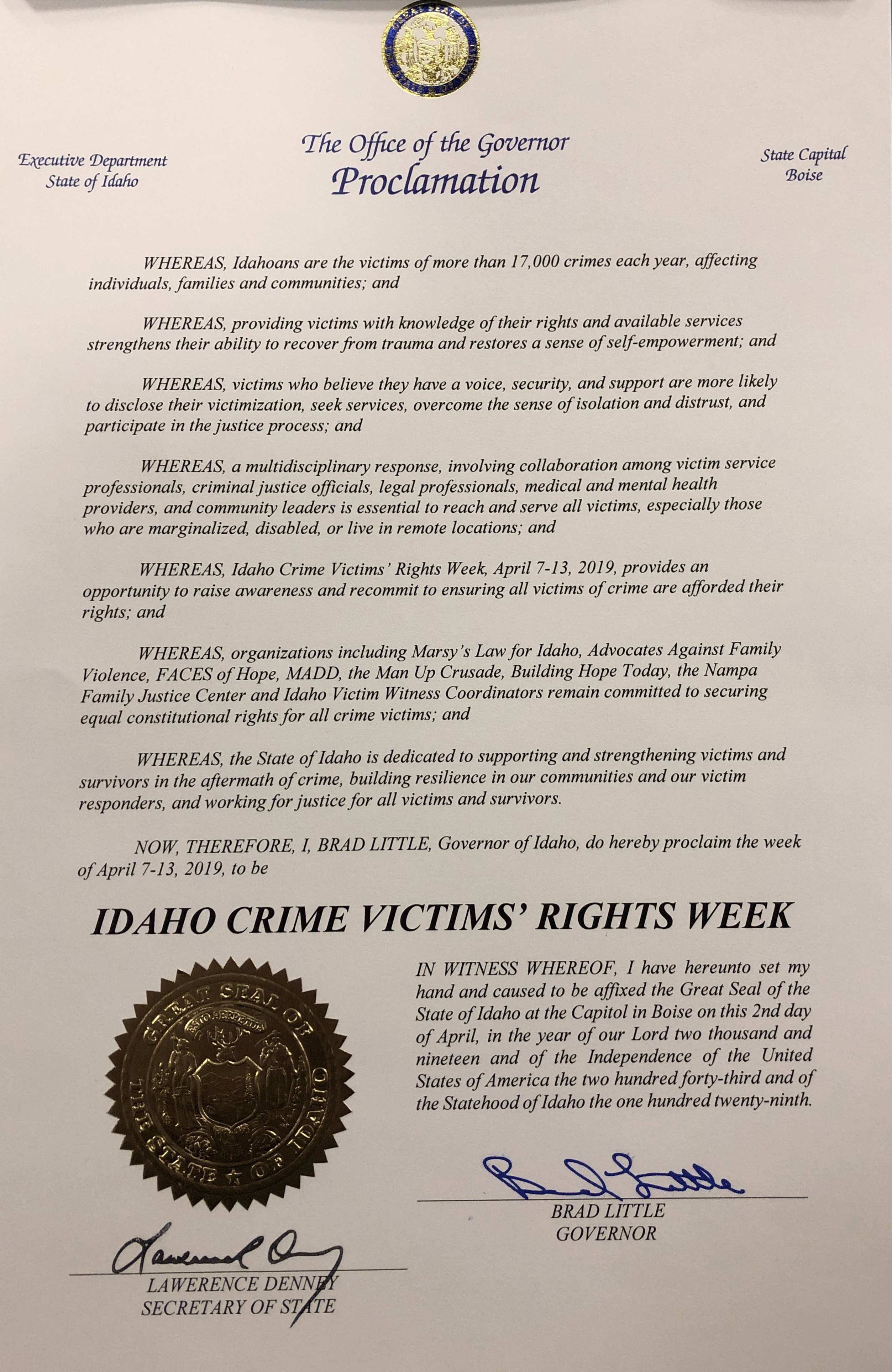