MADISON - Marsy’s Law for Wisconsin, along with 10 other victim advocacy and law enforcement organizations, recently filed an amicus curiae brief with the Wisconsin Supreme Court in the ongoing litigation over the crime victims’ rights constitutional amendment commonly known as Marsy’s Law. 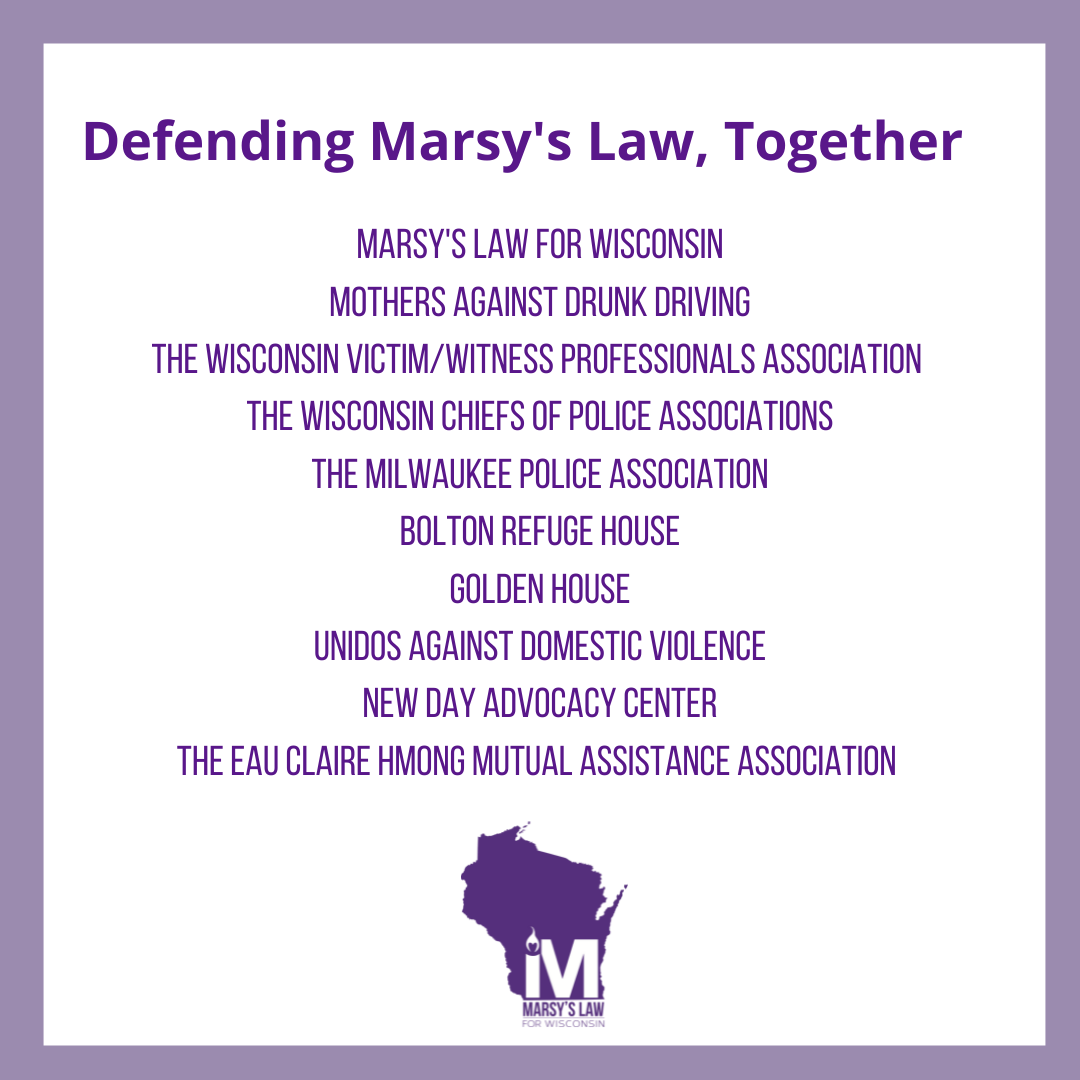 Marsy’s Law was ratified by voters during the April 7, 2020, spring election with an overwhelming 75 percent of the vote – with 1.1 million voters favoring the amendment.  The Wisconsin Justice Initiative (WJI) had filed litigation initially to prevent the vote from even taking place. When that effort was unsuccessful, WJI asked that Marsy’s Law get struck down because the ballot question was insufficient. A Dane County judge agreed with WJI in November of 2020 but stayed his decision pending the appeals process. The Wisconsin Supreme Court agreed to hear the case in February after a court of appeals asked the Supreme Court to take the case directly.

Joining Marsy’s Law for Wisconsin in filing the amicus brief are:

In the brief, the organizations argue that “The trial court’s decision is wrong. Most significantly, the court treated Wisconsin’s criminal justice system as a zero-sum game, where granting more rights to victims necessarily takes rights from the accused. That is neither true in practice, nor is it supported by the plain language and legislative history of the recent constitutional amendment.”

The brief also highlights the lengthy history of the victims’ rights movement in Wisconsin and demonstrates how Marsy’s Law builds on a decades-long effort to provide victims of crime stronger rights in Wisconsin. The brief also illustrates that proponents of Marsy’s Law – inside and outside of the Legislature – made clear throughout the legislative process the goal of Marsy’s Law to not take away rights from defendants, but, instead “give victims equal rights. No more. No less.”

You can read the full amicus brief here.