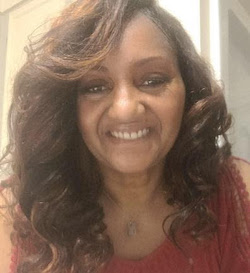 Can you describe what it was like for you as a crime victim in the Hinds County court system?

My problems actually began with the reporting law enforcement agency. The person in charge of investigating the case did not process the case in a timely manner. I had to have her removed from the case and someone else was appointed. The sexual assault occurred in 2017 but the case wasn’t tried until 2019.  The perpetrator was initially arrested and released with no bond by a Hinds County Judge. He was re-arrested upon indictment. The courts allowed him a bond hearing without him having to go through the process as all other arrestees. It appeared he or his family had connections with the court. My daughter nor I were advised of his release at either time.

Since his conviction, the perpetrator has been moved from his initial assigned facility. I signed up for VINE, the online notification system, once he was convicted. VINE nor the court alerted me that he was being moved to another lower custody facility. I have been monitoring his incarceration on my own.

We were assigned an advocate from the District Attorney’s office. We received little to no assistance from her. I actually utilized the services of a friend who had formally worked with the Mississippi Coalition Against Sexual Assault. She guided me through the system and helped me push my daughter’s case into the courts.

How do you believe Marsy’s Law for Mississippi will most help crime victims in the state?

I believe that Marsy’s Law will require the courts to do more to aid victims and their families in providing better advocacy and satisfactory case resolution during and after conviction.

I encourage victims to actively pursue their cases through the courts. Keep an open dialogue with the person prosecuting your case. Document each interaction with anyone involved with the case on either side. Last but not least, do not give up no matter what discouraging statistic you are given to deter you from pursuing justice. If you stay focused and driven, you will win.