Why We Do What We Do - Marianne Dunavant 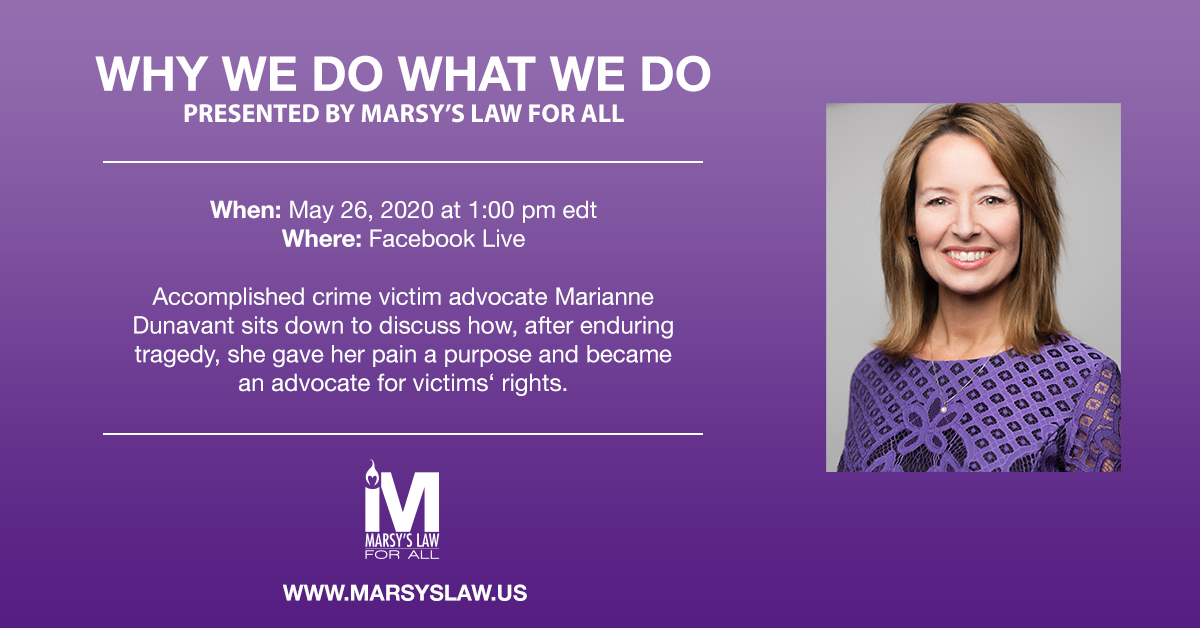 It has been 13 years since the tragic murder of Marianne Dunavant's fiancée. Turning her pain into purpose, she has poured herself into the effort to make her community stronger and safer. She has served on the boards of prestigious child advocacy and domestic violence organizations as well as numerous community groups and charitable organizations. Marianne has been named one of the Top Twenty Most Influential Women of West Tennessee and was named one of the Best of the Best community activists by the readers of the Covington Leader newspaper.

In the second installment of our ongoing Facebook Live series, "Why We Do What We Do," we'll sit down with Marianne to discuss her path to becoming an advocate for victims' rights after enduring tragedy.