The Marsy’s Law for North Carolina campaign continues to build a following statewide – including with its active social and digital media networks. From Facebook to Twitter and Instagram, the MLNC team has covered the state with images of elected officials, law enforcement, and voters supporting the need to strengthen victims’ rights in the state constitution to give victims of crime equal rights that the accused and convicted already have. 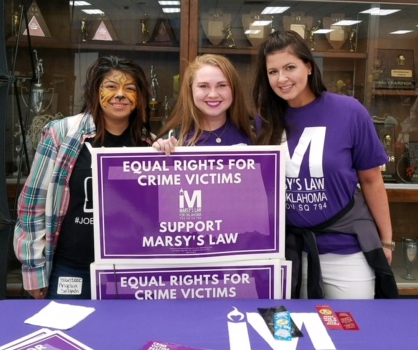 As November approaches, it’s important to know what State Question 794 does and what it does not do.

Oklahoma County Commissioners are Paving the Roads of Justice

Marsy’s Law for Oklahoma believes that connecting with our communities is among the most important things we do. That’s why we’re proud to have the support of several County Commissioners across Oklahoma. In addition to preserving local infrastructure, commissioners also work with members of law enforcement to keep communities safe. 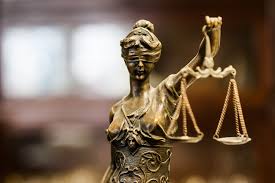 The Reality of the Victims' Rights Movement

The victims’ rights movement is gaining momentum across the country with five states this fall set to vote on strengthening victims’ rights in their state constitutions. The legislation - known as Marsy’s Law - originally passed in California in 2008 followed by Illinois and the Dakotas. Last fall, it also passed overwhelmingly in Ohio. 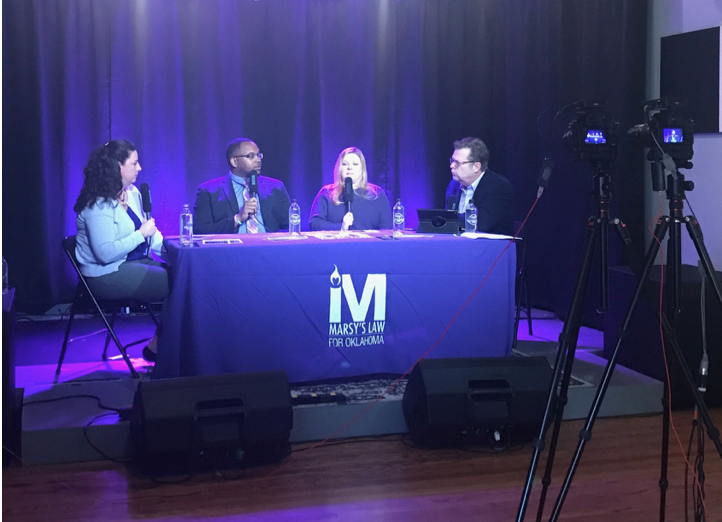 Scott Mitchell, an analyst for Oklahoma City’s News9, launched a podcast series called Forgotten Voices.  According to Scott, the series will highlight important stories of victims of crimes “in their own words”.  He added the series purpose is  “to bypass the media filter and let victims and victims’ advocates speak directly to Oklahomans. “